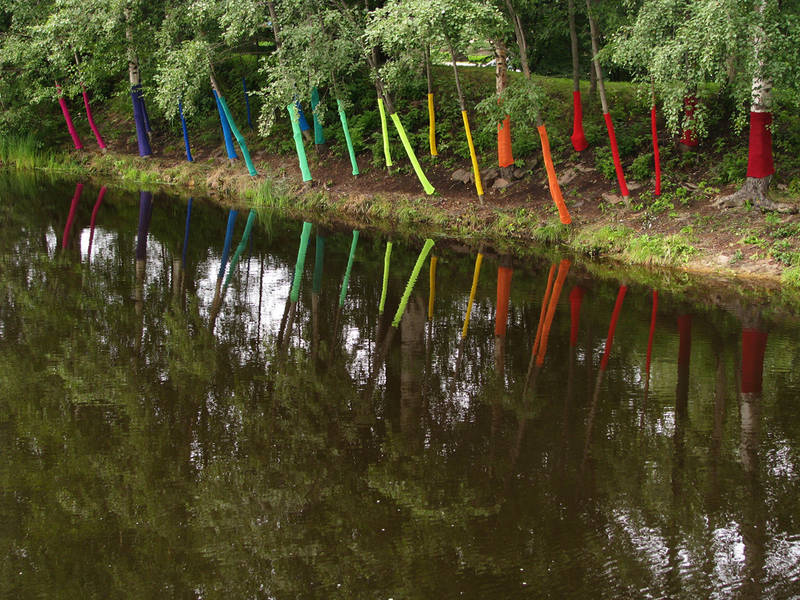 This artwork consists of several knitted graffiti. I have sewn these on the lower parts of the threes near waterfront, and together they form a pictorial whole: the end of the rainbow. For me, Oulu is the city where I suppose the treasure of my identity – the end of the rainbow – can be found. For once I can see it reaching the earth or starting from it. But, if I take ten steps to the right or even a step to the left, the picture changes. Then, there is the water in between us, and it also affects the image in unexpected ways. When I go over the bridge to strive for the treasure, the picture breaks. Identity seems like a treasure, which can be reached only from a distance, and just for a little while at the time. However, I yearn for seeing the end of the rainbow, for finding it, for being at home.